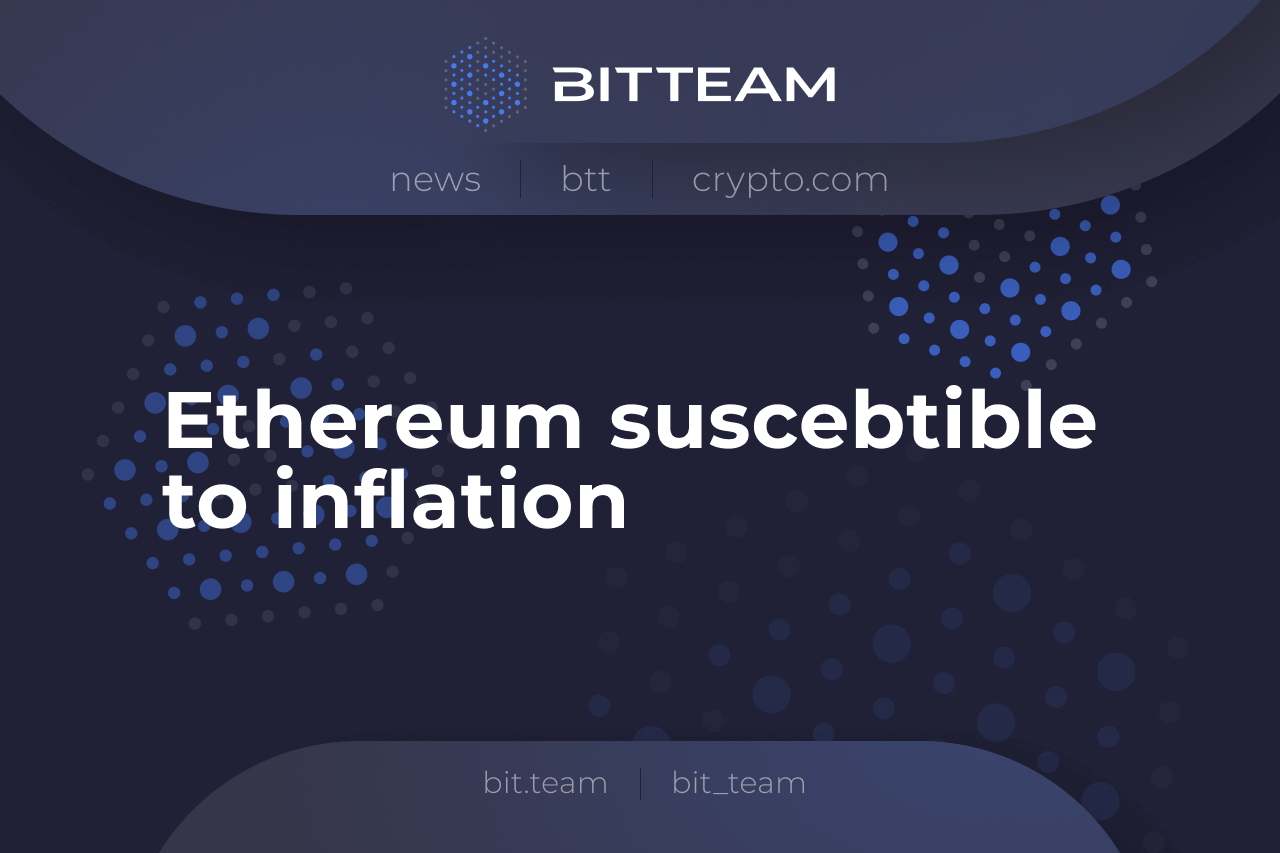 After the Merge, the issue of Ethereum really decreased significantly. And we can conduct all the relevant simulations on Ultra Sound Money, a site that presents in real time what is happening in terms of Ethereum supply, as well as burning. A site that we recommend everyone to study also because it allows you to change parameters over time so that you can understand how and when Ethereum can continue deflation.

No, it’s not that simple.

Because it depends on a combination of factors, namely the amount of Ethereum in the stake and the average commission that will be required for trading on the network, and, consequently, on the congestion of the network. In other words, the smaller the amount in the stake, the greater the number of transactions, the higher the balance in favor of burning.

Although many experts speculate on this topic, it is no less true that perhaps it should be ignored. Not because in the long term and under certain conditions it will not be able to change the operating structure of Ethereum, but because in the short term it will have a negligible impact on supply and demand. And because new balance sheets can be created in the medium and long term.

This is shown by an analysis of the deflationary problem of Ethereum using a super-fixed model in which all factors remain unchanged, including the actual fee that users are willing to pay. Although this may reduce the ardor of enthusiasts, but, in our opinion, this is something that should be taken into account. The fate of Ethereum, including financial, will depend on something else.

This is an issue that will also have to be addressed, perhaps in more serious discussions than those that can be read about on social media today. Does the fact of belonging to a deflationary ecosystem (which in any case should be confirmed in the long term) make Ethereum super-strong money?

We are not against Ethereum enthusiasts, but even this argument is based on too superficial a basis to be taken seriously.

In this sense, the big difference with Bitcoin is that the latter has a monetary policy, if you can call it that, which is completely predictable. With Ethereum, we will have factors contributing to near-real-time emissions, or rather contributing to a balance between emission and burning.

It cannot be reduced to the development of the monetary base. Otherwise, it would be enough to fork Bitcoin today, set coinbase to 0 and thus invent the most reliable currency in history. Other factors need to be taken into account, such as immeasurability, decentralization and equal access for all. In this particular aspect, repeating again that this should not be a cryptocurrency war, whether you want it or not, but Bitcoin has great superiority.

Is this a problem?

Absolutely not. Ethereum may well thrive by doing something else. That is, continuing to be the central node of DeFi and to be the de facto standard for smart contracts and the technologies that revolve around them. However, being the currency of last resort is something else. Not everyone can do this, and we need to start thinking in the way that Ethereum will not be interested in becoming one either.

Ethereum still has a long way to go

However, there are still many aspects of Ethereum other than deflation that need improvement, and they are often associated with excessive gas costs (transaction fees), as well as the speed and scalability of the network. Another aspect that requires constant attention and optimization is the implementation of smart contracts.

These are areas in which Ethereum was a pioneer and is still a leader, but now many other cryptocurrencies are coming forward. Therefore, it is necessary to maintain this position, constantly and significantly improving it, for all use cases related, for example, to DeFi, NFT and games.

Some of the most important current offers

One of the most interesting EIPs at the moment is EIP 4895, which will allow all those who have placed an ETH bet on the Beacon chain, funds from staking, and the corresponding earned rewards. The Beacon chain, in fact, was introduced back in 2020 to test the Proof-of-Stake mechanism before it was finally implemented in the main network. The recent merger allowed the Beacon chain to be combined with the official blockchain.

Another proposal worth mentioning is EIP 4844, which will introduce proto—danksharding. In short, this is a new mechanism that should allow you to quickly process more data (higher transaction speed), and thereby reduce the cost of gas. One of the main problems of ETH transactions remains, in fact, the high cost of transactions, and work has been underway for some time to solve this problem as best as possible.

Also worth mentioning is EIP 3540, which concerns the virtual machine EVM (Ethereum Virtual Machine), which is responsible for executing smart contracts on the ETH network, separating code from data, which facilitates future updating of the virtual machine.

What is the future after the merger?

As founder Vitalik Buterin stated at the Ethereum community conference in Paris, after the transition from PoW to PoS (merger), the development of ETH will be completed by only 55 percent. In fact, what seemed to be the end point is actually just one of the stages, fundamental, but not exhaustive.

There are four more stages that will allow the cryptocurrency to develop in the future, after the merger: Surge, Verge, Purge, Splurge. All this is clearly explained by Miles Deutscher’s tweet:

“@VitalikButerin claims that #Ethereum will be able to process “100,000 transactions per second” after completing 5 key stages:

A brief description of what each stage means for ETH:

According to Buterin, the ultimate goal is to achieve 100,000 transactions per second. In general, in the face of growing competition, Ethereum will certainly have to work to maintain its primacy and constantly develop in order to keep up with its numerous and fierce competitors. In our opinion, the project remains solid and retains its dominant position over all others.